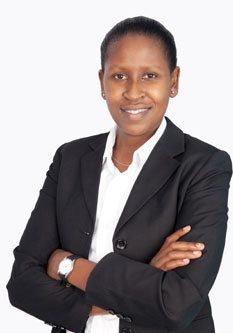 Before Matrix, Magdalena worked for four years with a first-rate law firm in Arusha, initially as a legal officer and later as an advocate. There she had an advantage of learning from gurus of legal practice thereby acquiring massive exposure, experience and expertise.